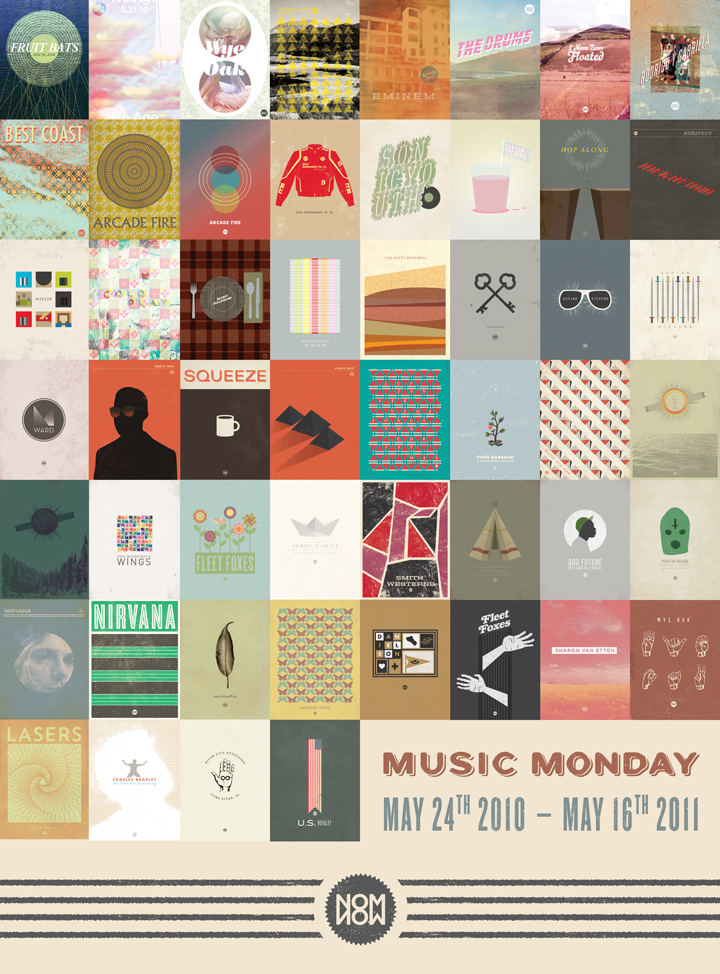 Well, it’s been a full year of doing these little old Music Monday posts. I started making posters for my “most listened to artist for the week (according to last.fm)” one year ago, and for 52 weeks have made something every Monday. I decided to make a collage of the work, much as I did the last time. It’s nice to see everything all next to each other and see how I evolved, or what waves of style I went though, or better, the waves of music I had interest in.
However, I think this is going to be the end of Music Monday if not forever then at least for a while. I sort of like doing things with a definitive start and end, and a year is a pretty good time to round things out. It’s been great, but I don’t want to be locked down to doing this anymore on a week to week basis. There’s many more projects I’ll probably work myself into, and I’m excited to do something completely different. Or maybe something terribly similar. Who knows. 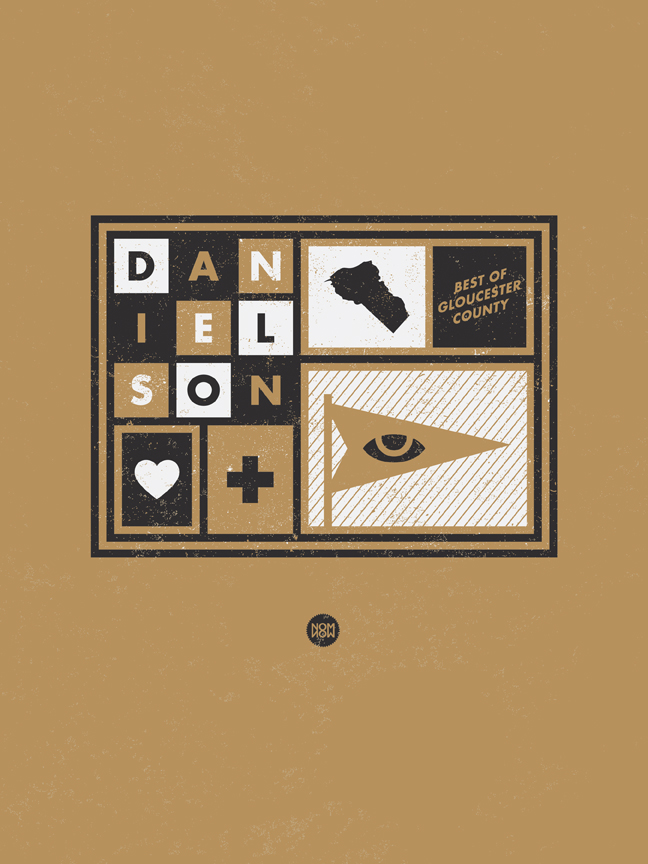 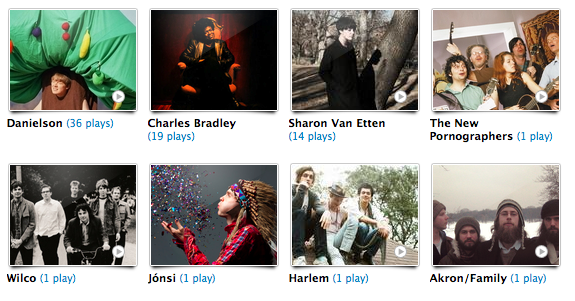 In past week I’ve had a series of some very curious occurrences dealing with a band I’ve been trying to fully grasp for years now, Danielson. Ever since I’ve found out that Daniel is from the area I’m living, I’ve been hoping for Danielson to put on some sort of show in town. And this past Thursday, I nearly got the chance to see that.  It turns out that Kirby’s friend’s husband is in the band. Which is unbelievable. So anyway, I hear (at the last moment) that this show is happening, but by the time I get there, it’s looking like I just missed it. This is confirmed when I walk in and ask the person closest to the door I entered, who turns out to be Kirby’s friend!? Even more unbelievable. So I got to meet her and her husband Andy, and we talked for a little bit, and he filled me in on the latest and greatest of Danielson. Not the least of which being their new album Best Of Gloucester County. Which rules. It’s been 5 years since the last Danielson album and this all just seemed to come at a perfect time. I have been reminded why I love this band. Another perfectly strange but completely awesome album from the mind of Daniel Smith. They are playing at Johnny Brenda’s on April 17th if you’re interested, I’ll be there.

This poster gave me some trouble for a little bit. I spent a lot of time reworking a lot of things, but I’m glad it finally got resolved. Sometimes everything  just doesn’t come to you on the first shot. And being able to work around that is important. Plus, figuring out how something works is rewarding in the same way doing a puzzle is. Hope you dig, and check out the new album, for real.