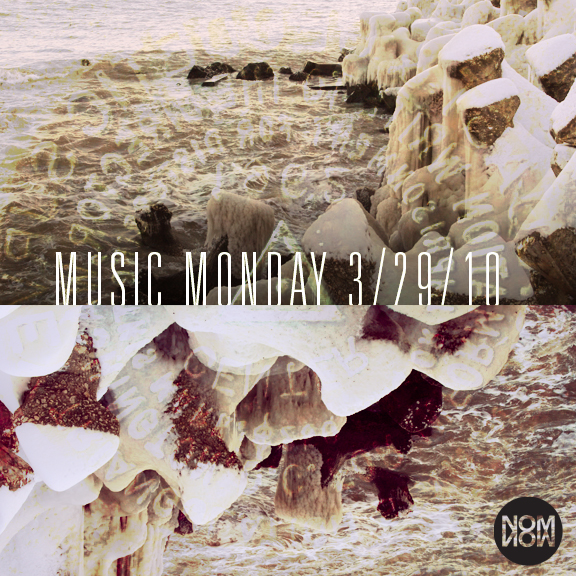 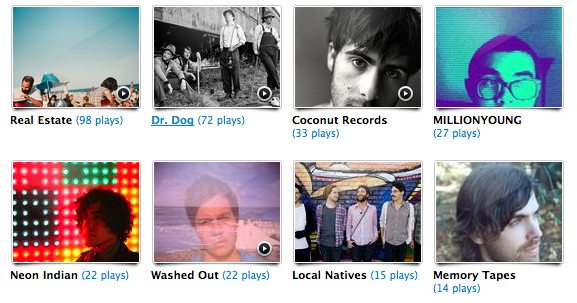 Real Estate is totally awesome. They’ve got such a great feel good vibe to all their songs, that after a few listens I was totally hooked. I kept going back to them all week long anytime I needed to get work done. If you’re looking for a jam to get down to Fake Blues is the right spot.

Dr. Dog’s Shame, Shame came into my realm this week, and I just couldn’t get enough of it. It’s a really solid effort and I think I’ll be listening to this for a long time to come. Much like Fate it has a classic sound that will always seem relevant.

I somehow just listened to the latest Coconut Records album this week. I have to say I love Jason Shwartzman, and thus I’ll give anything he’s a part of my time. It’s pretty cool that he’s as multifaceted as he is, and while Davy isn’t an awesome album, it has some great songs on it.

Millionyoung was my dose of chillwave for the week. I don’t really think there’s much that distinguishes this from anything else in the genre, but nonetheless it’s still pretty decent.

I also finally listened to the much hyped Neon Indian. I’m still kind of unsure on how I feel about it, and it definitely will require a few more listens to get a grasp on it. I will say though that I didn’t like the singles as much as I did some of the other tracks. Also, when did taking acid become such an in topic in music?

Memory Tapes, I only got a few listens in towards the end of the week, but I liked what I heard a lot, and I’ll be giving them some more time in the future for sure. It’s along the lines of Toro Y Moi so if you like that, you’d probably like this.