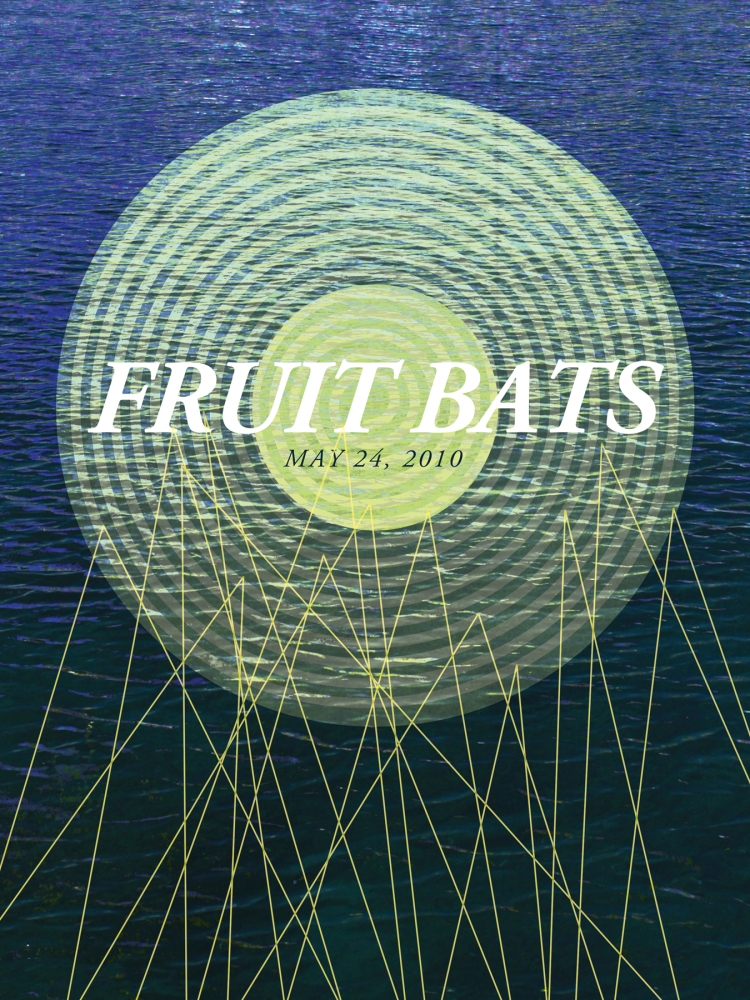 So this is going to be the new style for Music Mondays. I’ve decided I’m going to make a poster for the top artist rather just a general accompanying image. I’ll also continue to post screen grabs from my last.fm, but I don’t think I’ll be talking about much besides the week’s top artist. I’m doing this in part because I was feeling slightly stressed out trying to talk about new things week it started to impede how I might normally listen to music. I also wanted to turn this into an opportunity for me to make more posters. So we’ll try it like this for a while. If things don’t work out, we’ll move on.

So this week I was getting into Fruit Bats who’s album The Ruminant Band was hitting the spot in all the right ways. It’s a lot of acoustic songs with an occasional supporting backing band with tons of great harmonies/melodies. I had this on Saturday morning, and it just seem to be the perfect music for the day. I’d really recommend checking them out and The Ruminant Band is a great place to start. Below is how the rest of the week rounded out…if you’re interested in anything else, just leave a comment. 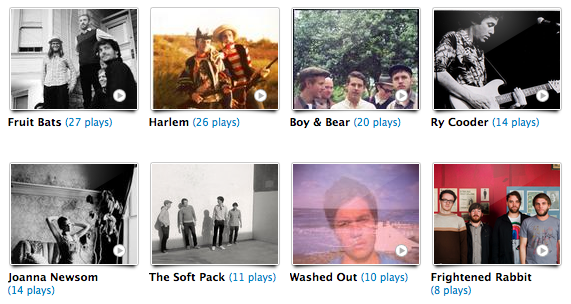