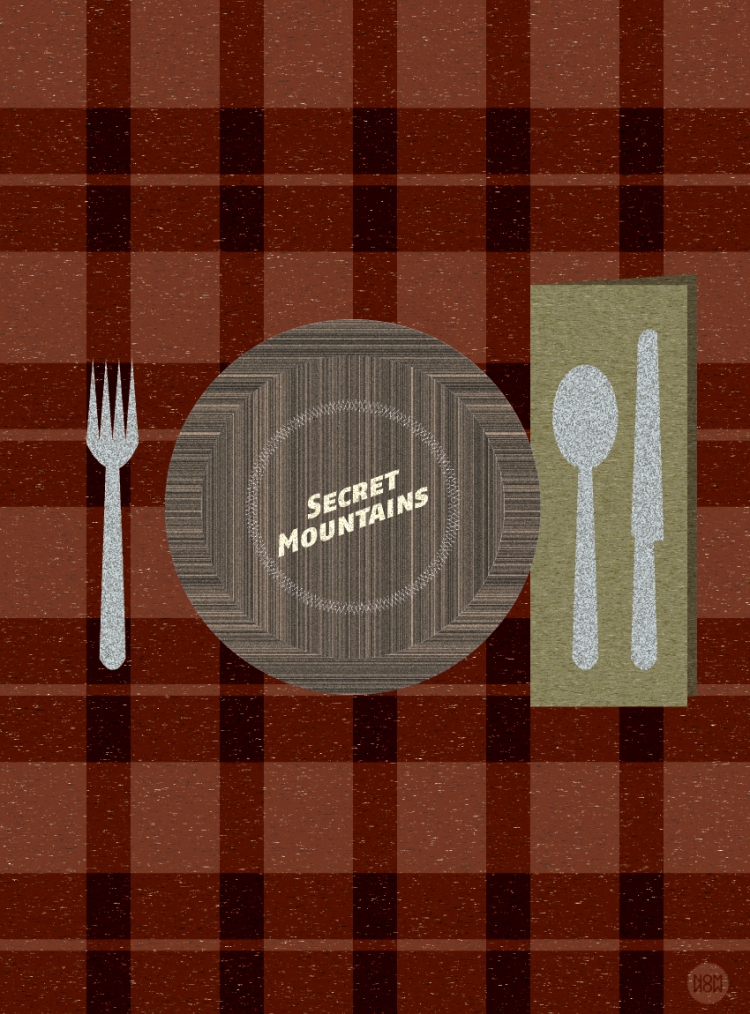 When listening to Secret Mountains I often have to ask myself “Is this my favorite band”? The question itself is more indicative of how good they are then any answer could be. However, the answer could easily be “yes.” I’ve watched this group grow from one lonely guy, to a 2 piece, to a three piece, and so and so forth. They are certainly in their strongest stride to date working with a 6 piece line-up for a over a year now. One of the most interesting and charming bands to see live, now working with 2 of the best EPs from a band of their stature I can think of. Their newest, Rejoice, caught my ear this week, and it demanded multiple listens back to back to back to back. Despite how good their first EP, Kaddish, is, this yet again ups the game. Joe Michelini of River City Extension just recently said this band was “effortlessly cool.” I can’t think of a better way to describe them. Beautiful music from beautiful people, and aside from The Wire, the best thing Baltimore has to offer.

This is a band who you would literally be a fool to not check out. Live or recordings, there is so much being offered and all you have to do is rejoice, and take it in. 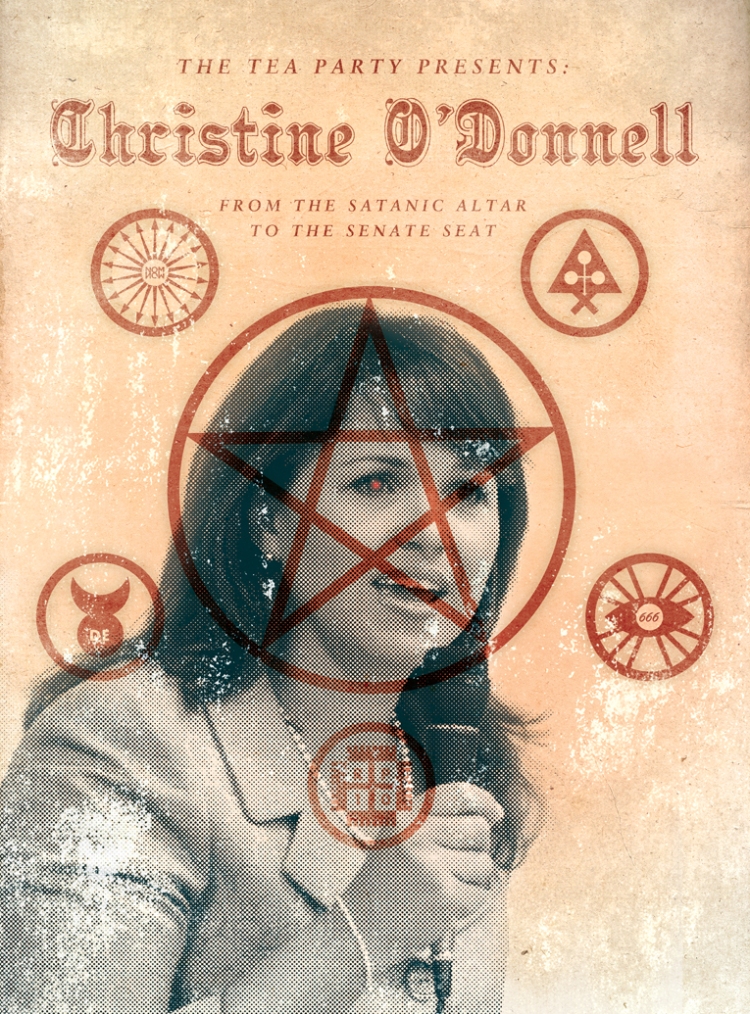 For those of you with your ears to the political ground, you’ve probably been hearing the stirs of Christine O’Donnell. Working in Delaware, I’m hearing quite an earful…

O’Donnell is the Republican party nominee in the 2010 election for U.S. Senate. She beat out former Governor and well-liked old dude Mike Castle, and will be facing off against Democrat Chris Coons for the seat. So why do I have her all dolled up with Wiccan imagery? Wellllll, apart from being an obnoxious teabagger offering little more then an already played out “I know what it’s like” attitude, she herself has stated that she “dabbled in witchcraft.”
Now let me say this now; I probably wouldn’t care if I didn’t have such a hatred for anyone associating themselves with the tea party. This woman is an idiot. I was going to say she’s asking for this, but I’m not sure if that’s true or not. More accurately, she has this coming.

Is she a witch? A satanist? Probably not. She’s just a woman so confused about her own identity, and addicted to attention that she’s willing to try anything until it works. Right now, this ultra-conservative, ultra-american, as-close-to-Sarah-Palin-as-possible persona is very in (among some circles at least) and she’s just riding the wave she needs to ride in order to get the shore. Do I blame her? I don’t know. But she’s a joke, and that’s a fact.

Some may find it a bit corny, but the truth is, Coldplay is just plain good. They are one of the bands of our time who will not only be around for quite a while, but will also be looked  back on fondly. I hadn’t really listened to them in a few years and this weekend I was remembering how much I liked X & Y when that came out. Of all their albums, this is the one that seemed to slip by me the most, though ironically, it is also arguably their best. Talk has one of the greatest guitar lines of the past 10 years and that’s a fact. I guess for all their hype and popularity I still find them to live up to how great they are made to be. I can really respect that.

Speaking of albums I haven’t listened to in years Neutral Milk Hotel’s In The Aeroplane Over The Sea is something I overplayed to the point that I couldn’t dare try to listen to it, but in my nostalgic moments of recent, I had to give it a play. Boy, glad I did.

I met this guy Danami after he tweeted at me on twitter saying he had been following my work for a year. I was both flattered and surprised. I had a few more exchanges with him, and found out that along with being a super nice and positive guy, he was also a rapper. He’s from Detroit and he’s pretty much killing it on all fronts. I just sent him some Nom Now stickers…you know, gotta get that national reach. Check him out for sure. For fans of Lupe, Talib, or Ghostface…. Settin’ In s my JAM.

I made this originally as panel as part of wheatpaste installation I did for the Nom Now show at TrickGO. At the show, we raffled off each panel, and three lucky winners will get to take them home when the show comes down in a month.
But in the meantime, I wanted to resize this to wallpaper size so that everyone can have it! Click it to get the full size.

Speaking of the TrickGo show, and it being up for month, if you didn’t get to make it out to the opening last night, feel free to drop by in the next few weeks and check out all our shirts and posters, it’s at 1135 Pine St in Philly. What’s left of them will be on sale for the remainder of time there. Below is a nice price chart featuring some of the stuff that was there. And to those of you who were there, thank you so much! It was an absolute good time, and I couldn’t have been happier to see everyone.

I first heard Weezer in the summer before my freshman year of high school when I saw the video for Hash Pipe when it was fresh on MTV. I remember loving that they looked like nerds and thinking it was just the coolest thing ever. There was more to it than the pop punk I had been listening to, but still had an edge that made it cool. After that, I got my hands on the Blue album, and from there I was set. A year later Maladroit came out, and I remember buying that from a kid I went to school with who bought it but didn’t like it, and was willing to sell it to me for $5. I bought all the Weezer shirts Hot Topic was carrying at the time, one that looked like it was a shirt for a metal band, and the other which had a photo from the Keep Fishin’ video, which was the band posing with all the muppets. You really have no idea how cool I felt.

Anyway, the Blue album and Maladroit completely set the tone for my relationship with Weezer. Since then, I’ve gone both backwards and forwards in their catalogue making myself familiar with all their albums. I find that most people say they like Weezer and quickly follow that up with “Just Blue and Pinkerton,” and for whatever reason, that always bothers me a little. The more and more I listen to Weezer, I come to the realization that I actually do genuinely like them, not out of nostalgia, but because I like the songs. I’m accepting the fact that I’m not a casual listener, but instead a legitimate one.

Weezer has no doubt gotten worse over the recent years, and the albums have gotten cornier and cornier, but the truth of the matter is, if they have a new album, I will be listening to it, forming my opinion, and trying to come up with where I will place it in the inescapable album ranking list. (For those of you interested; Maladroit > Blue > Pinkerton > Green > Make Believe > Hurley > Red >>> Raditude.)

So when I set out to make this poster it took me a while to figure out the approach I wanted to take, but I finally arrived on this idea. For a band who is so often defined and dissected by their albums (whether it be which ones are classic or which ones are just plain awful) what better way to represent them then by there iconic (for better; Blue, Green, Red, or for worse, Raditude, Hurley, Make Believe….leave your own list in the comments) album covers?

By the way, Hurley is actually decent. 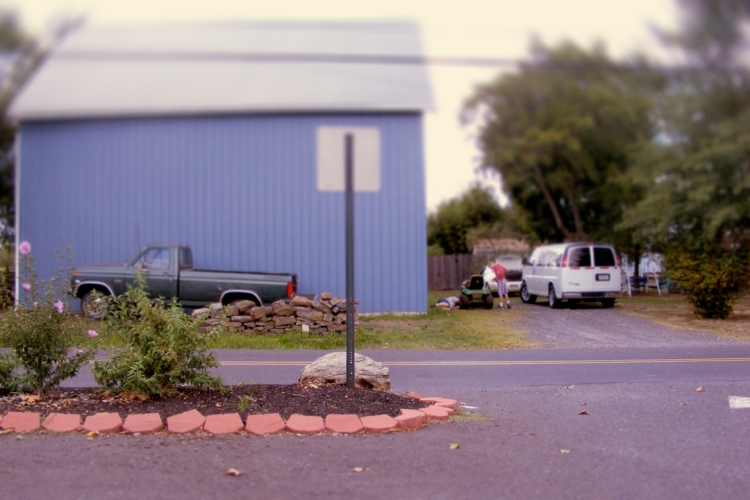 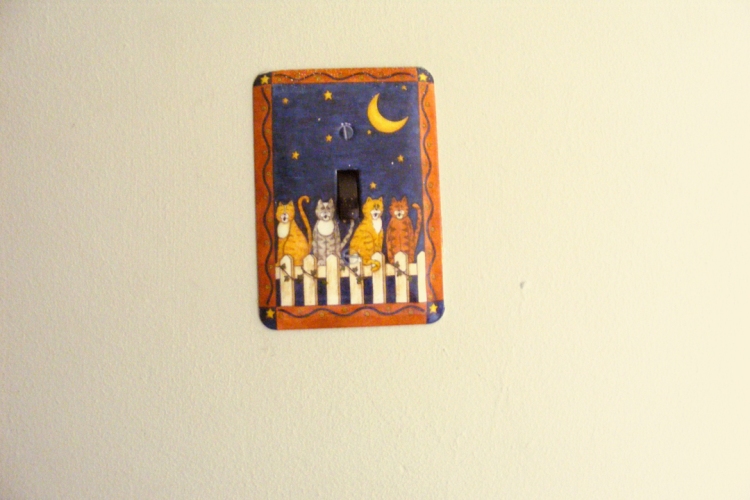 This weekend I got to spend some much needed time with some of my favorite people in the world, including my new favorite family, The Louxs. Jesse is a friend of mine from many many years ago, and now he and his girlfriend have a son. Pretty amazing.
They live in Pennsylvania, but one of the parts where you can go twenty minutes in one direction and you’re in what feels like West Virginia. Quite a different world. Anyway, these are just a few shots from the weekend, but Ian wound up taking a ton and sticking them on his facebook, so if you want to check those out…. here’s the link to do so. 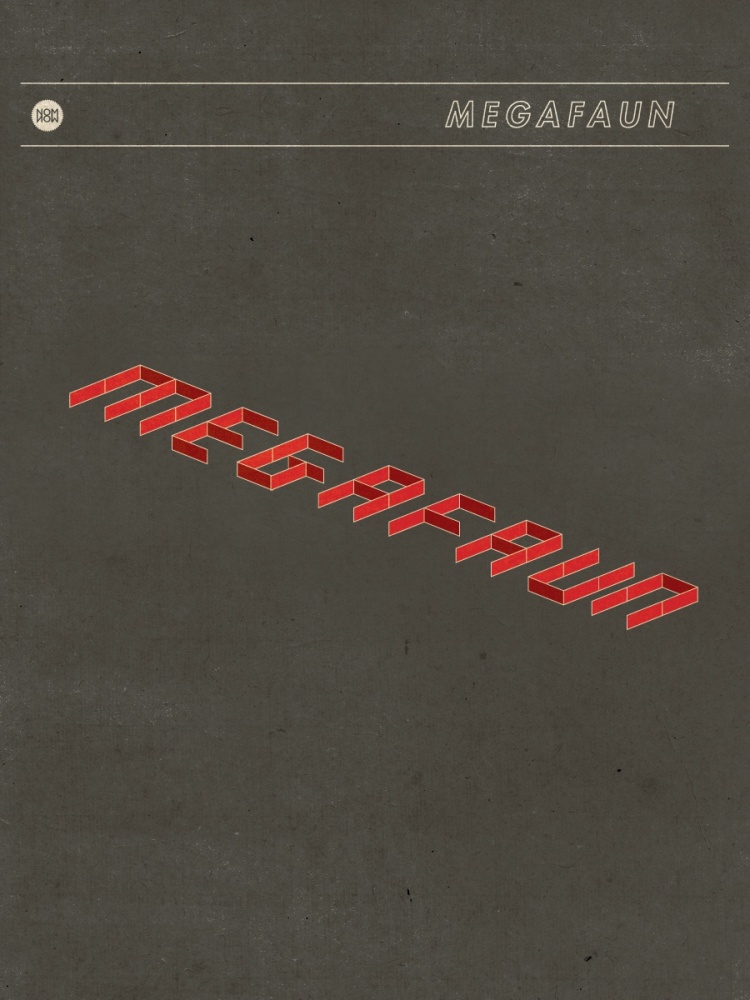 MEGAFAUN. That’s all I can say. They released a new EP called Heretofore that is just beyond most words. Such a fantastic follow up to Gather, Form & Fly. If you are a fan of these guys, then this should excite you, and if you’re not so familiar, then now is a better time then any. They are one of the kinds of bands who just work so well together, everything sounds perfect. Also, I read this album was written in like 6 days. Unbelievable.

I got the new Junip album Fields this week as well, and I am thus far very pleased with it. It’s more or less what I expected to after hearing their Rope and Summit EP which came out earlier this year. José González can do no wrong in my book, and I’m just thrilled he’s making music in any form. If you’re a listener of his, this is right up your alley.

A few weeks back Joe asked me if I would make the poster for his upcoming show at The Stone Pony. As always, I leaped at the chance. I just love doing stuff like this, and River City Extension are my boys and girls, so it’s extra fun to work on anything for them.

I thought about this one for a while, feeling sort of uninspired for what seemed like too long. I was  wanting it to be something to keep up with the last poster I did for them, but something completely it’s own. Finally, this idea came to me, and I ran with it.

So, here it is, mark your calendars, clear your schedules, this is going to be quite the event. If you know anything about me, you know RCE has my complete backing; they are a phenomenal band and group of people. Both their live show and recorded music are each impressive in their own and respective ways. Not to mention, this show is stacked an unreal cast of supporting bands. Brick + Mortar are another favorite of mine, check them out if you haven’t yet. I will be at this show singing and dancing along, so to anyone else who’d like to do the same… see you there!