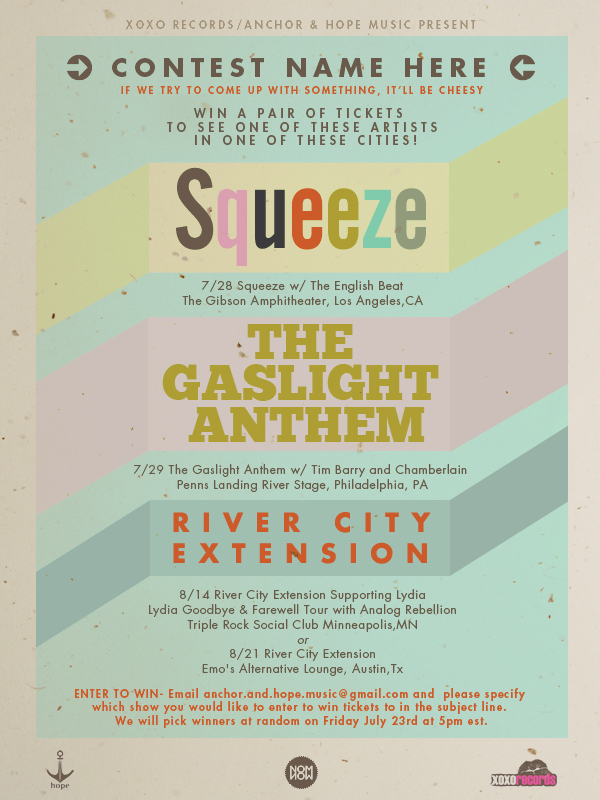 So I got a text from my buddy Jason Small, who runs XOXO records, asking me if I could turn a poster around for a contest his label was throwing. This was aroud 8 pm, and they needed it by 8 am the next day. The information was scattered and coming to me in bits and pieces, but I was glad to help out anyway. So with the pressure on, and the clock ticking, I started working on this.

The contest itself, named “Contest Name Here”, is a pretty awesome deal and a great chance to catch these 1 of these 3 super bands if you live in or near one of the cities they’re playing in. Apparently this is going on absolutepunk.net, so if you frequent that site, you might catch it on there. If not, I’ll try to screen cap it once it’s up.

In another news, I heard that the ad I did for River City Extension’s new album is in the current issue of FILTER magazine right now. Broken Social Scene is on the cover if you’re trying to pick that up, I know I am.