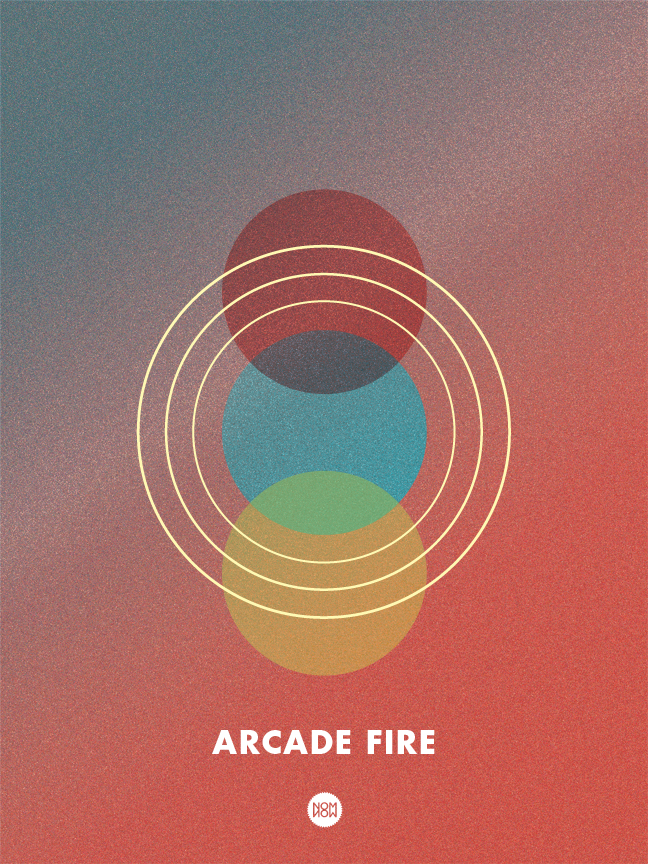 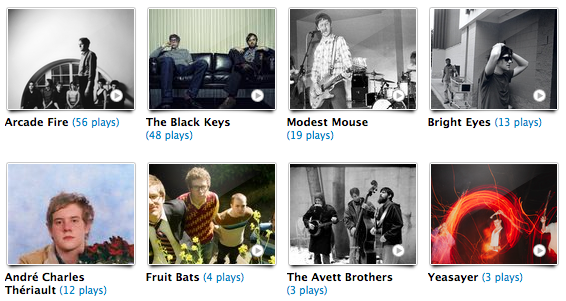 So Arcade Fire did it again this week, and topped my charts. I have the tendency to sometimes over praise a band’s newest album and perhaps too quickly pronounce it their best, but despite that, I’m not going to NOT say that here. The Suburbs is a really really solid album that leaves me satisfied in ways their previous albums don’t. Whether you agree or disagree, this album is one to seek after. Arcade Fire are just one of the bands that will be talked about by our kids.

I took a ride with Wechter and Mike a few weekends back, and Wechter (amongst some interesting hip hop mix tapes) was playing The Black Keys latest album Brothers and I was really impressed. I’d not really ever listened to them before, but I knew they did the song that’s being used as the intro for the show Hung, and I liked that, and I liked everything I’d heard in the car, so I decided to give it a shot. These guys are playing some straight up rock and roll that I could easily get behind. I’d be interested in hearing some older albums for sure. Recommendations?

I was in a bit of a time warp circa 2004 with a few doses of Modest Mouse and Bright Eyes. I can’t say what called my interest to either of these this week, but it was alright. Sometimes you need to listen to something you haven’t in years.

Also got my fix of André Charles Thériault, who is one of the finest songwriters around. I’d put André’s album in my list of albums I can always listen to and enjoy. The songs are so relaxing, and instantly calming, it’s sort of unbelievable. Much like the Arrested Development movie, I don’t care when it comes out, I just need to know another André album will eventually be made, and I can rest easy.