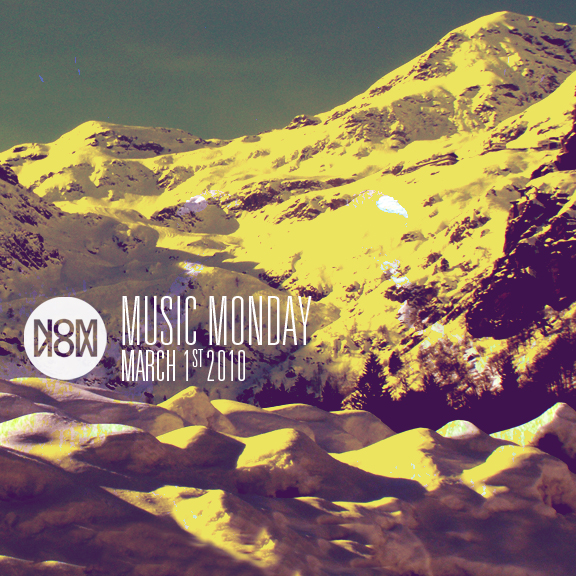 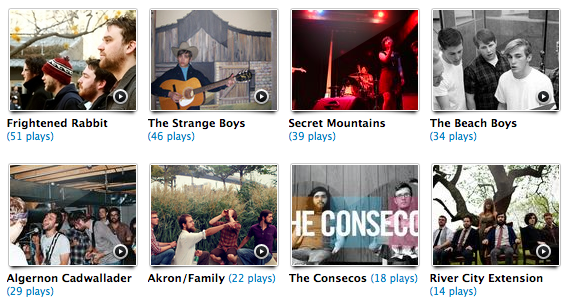 ﻿I got my ears on Frightened Rabbit‘s The Winter Of Mixed Drinks and had a field day with it. I really wound up liking The Midnight Organ Fight and in turn had high hopes for this new record. I read that they were being conscious about clearly making this a studio album, and taking advantage of what that could offer, and I think that shows through. The production on it is great and the songs are just simply good songs. Definitely check this one out.
The Strange Boys also released a new record with Be Brave. They are sloppy, they are raw, and they are fun. His voice is so unique that for me it’s hard not to like, even it’s only because you haven’t heard anything like it.
So glad I’m getting to talk about Secret Mountains. I’ve been chipping away at their awesome EP Kaddish since the summer, and pretty much since then have been looking for more tunes to satisfy my interests. Well, I’ve finally got some more ammo to work with. As they seem to keep on doing, they are cementing themselves as Baltimore’s most promising up and comers. However it won’t be long before they’ve outgrown that title. This past week they recorded a microshow at Mobtown Studios. SO good. I almost have to insist you head over and download the session, FREE. We’re talking about a Smokey Robinson cover of “I Second That Emotion”. Yeah, do yourself a favor this week, and let this be your soundtrack. Jeff is a great friend of mine and I’m so happy for him that this is going in great directions. If you’re in Baltimore at all, be sure to check them out. They’re playing at the Ottobar on the 12th with Hop Along. Decent, Decent.
The Beach Boys. So nice. I really think everyone should listen to The Beach Boys. It’s so much fun, and there’s so much to enjoy. If you don’t know where to start, Endless Summer is a great compilation of their best and brightest. Also, I got Love You on vinyl this week, mainly because I was loving the cover, but it proved to have some nice jams on it as well.
I got to see Algernon Cadwallader this week at a Haiti benefit show they played at Rowan University. Which got me back into their albums a few times through. I know I’ve said this before, but Algernon is doing Kinsella better than the Kinsellas are. It’s pretty impossible to not have a good time while listening to these guys, and even harder while watching them. If you have the chance to see them, just give it a shot, especially if you can catch them in Philly.
Akron/Family is a great band who I haven’t had a chance to talk about since I’ve been doing these things, but I had a few moments this week where they were hitting the spot so well. I was listening to their self titled a bit and really appreciating some of the great moments on there especially the three song span of I’ll Be On The Water into Running, Returning into Afford. That’s like you’re three best batters up with the no outs and the bases loaded. For anyone completely unfamiliar, go ahead and watch any video they’ve got on YouTube, and I guarantee you’ll fall in love with the stuff they’re doing live.
The Consecos is my band, which is a bit embarassing, but hey, I was listening. It’s a two piece band I have with Biff. At this point in my life, I can’t commit to anything more serious than this, but I still love playing live music, and this is feeding that desire because it happens when it can, and there’s absolutely no expectations. Except for crowd surfing. We expect that you do that.
River City Extension. Have I shot this one dead yet? Listen to them! Honestly one of my favorite bands ever. The live show is amazing, the record is amazing, the people in the band are amazing… I can’t stress this enough. You all know I’m a huge advocate for these guys and I hope to bring you all over to their side with me.

You know the drill, let’s get groovy on last.fm, add me and we can monitor each other’s weekly mp3 intake. Sound good?