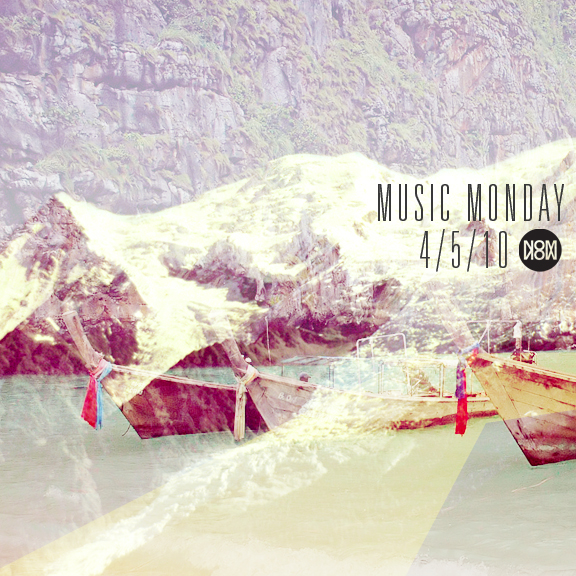 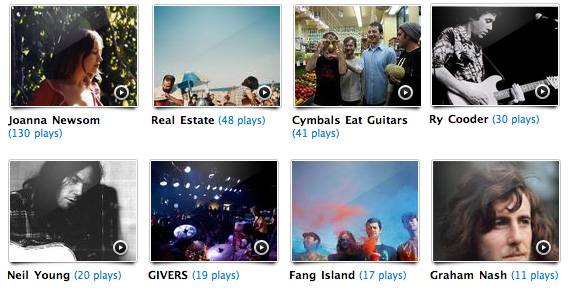 This week, I was ALL about Joanna Newsom. I was listening to her new triple LP Have One On Me and I was loving it. I’ve always liked Joanna Newsom, but she was never someone I would often listen to. However, this new release just made me crazy for her. It’s like two hours long, and there are some moments on there that are just too fine for words. Good Intentions Paving Company is the ultimate groove. For anyone remotely interested in Joanna Newsom, Have One On Me is a must!

Real Estate is still doing so much right by me. I just love these guys. I am seriously trying to see them in Philly in the next few weeks, so if you’re interested in going, let me know, we can make a night of it.

Billy O’Brien asked me to make a poster for Cymbals Eat Guitars for an upcoming show they are playing in Asbury. I knew them by name, but hadn’t listened, so I wanted to familiarize myself with them before I started designing anything. And hollllllllyyyyyy cowwwww. These guys are so good! They are a new favorite already. For fans of Dinosaur Jr and Pavement, or more contemporary counterparts, Surfer Blood, check these guys out if you haven’t already. I’m seriously digging these guys and I need to find a way to make it to their Asbury show and maybe get my poster signed or something!

Ry Cooder came as a recognition from Kirby’s dad. And boy am I glad I found out about him. It’s just so good. He’s an Americana king. If you’re into any of the old folk guys, don’t pass him up. I got Into The Purple Valley on vinyl, and that’s just a sweet listen.

I had some Neil Young time this week. Everyone knows and loves Neil, so I won’t go into too much depth. But I think we can all agree that there’s some days where nothing else makes sense.

Givers are one of my favorite bands out there right now. I can’t wait to see these guys and girl live again. Also apparently some kid my sister goes to school with used to be in this band. I definitely need to explore that avenue a bit more, because you know, obsession.

Fang Island. I don’t really know about this band. I was hoping for a bit more than what I got I guess. First listen was pretty impressive, but as I listened again it just got a little corny to me. Seems like they are trying to fit a certain feel or something. Apparently these guys were also in the band Daughters, which kind of lends to my point that they are just trying to morph themselves into something a bit more relevant, but like there predecessor, this won’t have much lasting power either.

Graham Nash. I was having such a Graham Nash day last Thursday. I’m a fan of any respective letter making up CSNY, and N seems to never let me down.