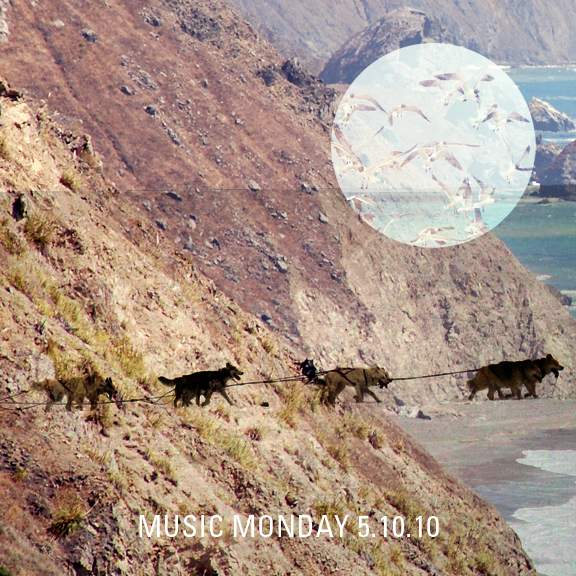 I was feeling Blitzen Trapper a bit this week. I had got my hands on Furr a while back which is a pretty good album, and a very good song. This week though, I was more about Wild Mountain Nation, which was a recommend of Jeff, and that’s another instance of a great title track song. I don’t know how to categorize these guys really, some of it sounds like it’s from 1969, and some of it is more modern, but just very weird. However, weird isn’t bad, and these guys are certainly worth a check out. Also, I love the song Saturday Nite.

Best Coast. Can I take a minute to say this band just grew on me in the biggest way possible? I’m seriously loving her stuff, coming from thinking it was just okay. The song Something In The Way is one of the catchiest songs I’ve heard this year and it’s usually in my head at least once a day. She’s writing some great melodies and mixing them with a fuzzy guitar sound, but deep down most of the songs are just awesome pop songs.

I had a need for Luke Brandfon this week. Luke has this strangely enormous canon of songs that range from really minimal acoustic diddies to really complex multi-instumental 6 minute songs. He’s one of the most honest and in love song writers I know and also one of the nastiest musicians I’ve heard. While all his recorded songs fair closer to the traditional song in one way or another, his live sets are something very different and maybe even more incredible. He does looping better than anyone I’ve seen or heard. A lot of guys with a loop pedal are boring me after their first press, but with Luke you somehow forget he’s looping anything. I love seeing him play because you can see his mind work, and it’s incredible how precise he is with what he does. Most of you probably don’t know him, and might have trouble getting access to his music, so if anyone wants anything, I’d be glad to hook you up.

Death Vessel is one of my favorite bands who can never steer me wrong. I happened to catch them with The Books in 2006 and I remember not being able to tell if the singer was a woman or a man. I was far enough away, and his hair was long enough to fool my eyes, but his voice is in such a high register that it sounds so much like a woman, it’s hard to believe it isn’t. This unique quality certainly sets them apart from any other band I know. He’s also a great lyricist and the music is really good folk based rock. I always recommend this band to anyone who hasn’t heard them, and I’m doing the same right now. Stay Close is one of my favorite albums ever.

I somehow got a hold of Tame Impala’s upcoming album Innerspeaker and for those who are anticipating this, you’ve got a gem coming your way. Their little 5 song EP was only a slight indication of what they’re capable of. They are supposedly touring with MGMT soon, so along with their record release, it won’t be long before these guys blow up.

The Soft Pack is another relatively new band I’m feeling. It’s kind of west coast punky but still poppy and not at all corny. I saw a video of these guys playing ten shows in one day to promote their new record and I loved it. The self titled record pretty much draws you in right away. This is a major summer album. Get it while it’s hot!

Harlem is still doing me right. I’m still surprised by how much I like this band, considering I went into them thinking I wouldn’t care for them too much. A definite must hear.

I finally had the chance to see GIVERS again this past Tuesday. I caught them in November opening for Dirty Projectors and was blown away. Since then I’ve been waiting and waiting for them to come around and after a few canceled shows because of the February snow storm, the wait was getting unbearable, but my hopes and dreams finally came true at Kung Fu Necktie, which by the way is an awesome bar/venue. I can’t stress how much I love these guys and girl. They by far have one of the best live shows I’ve seen, ever. Too much energy, too many priceless faces, and too much dancing. It was also great seeing them knowing their songs this time, and it was even more fun seeing how they riffed and jammed on the regular. This is going to be one of the strongest recommends I’ll ever give, so please see them live, get their EP, and GIVERS, if you’re reading this, I’m looking for the full length ASAP!

I may be changing the format of how I do music monday soon, but I will talk a little more about it next week, which will most likely be the final week of this current state. It’s not going anywhere, but it is changing. Add me on last.fm if you’re on there.